When entering expanding markets, hiring a partner with the right experience who is the right size is critical. We specialize in helping American & European businesses chart a path to success—from concept through implementation.

We provided the ingredients for a food company's success


When we were tasked with setting up an AIB Standard, Leed Compliant factory in Bawal, Haryana, India by one of the largest food ingredient company in the world, we got right to work. We handled site selection, GEO tech survey and got all the right approvals and clearances before selecting vendors and the management team. After that, we oversaw the project coordination until the factory was able to raise the first invoice.

The factory was completed in nine months and well under budget. That was good because there was no flexibility, since the existing factory was being shut down under strict time constraints. We created the recipe that made this project a complete success. 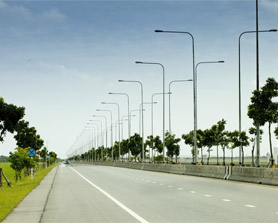 We structured the right strategy to make structural steel


In the middle of building a large structural steel plant in Indapur, Pune, India a large global producer of structural steel decided to build the largest dedicated galvanization unit in India in a second plant. In addition to getting all the work done necessary to bring these immense projects to completion, we were able to get approval for the Galvanization unit from the Pollution Department as well as all other Indian government departments. 
A global leader in the ATV business was eyeing for a bigger play in the Indian market. Since they already had an established global platform for ATV's, we enabled them to partner with a large Indian CV manufacturer to introduce a new vehicle in a new segment in the Indian market. The existing chassis & framework technology was utilized to develop two new vehicles for the semi urban and rural markets. One primarily for goods carriage and the other for passenger transportation. This enabled the ATV manufacturer to open up a different segment of the market for themselves and the learning is now being adapted in other emerging markets to develop similar vehicles. We at CIBC look at the latent potential that emanates from the Indian market and enable global companies to utilize their exiting technology & experience to innovate & facilitate new product development for emerging economies. 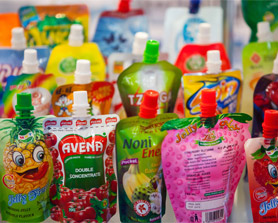 
When a leading flexible packaging company was wondering what to do to participate in India, we understood their global competence and helped them understand the addressable potential for their focus products. Subsequently we helped implement their growth strategy for the region. The journey was tough as local challenges were abound. We incubated their low cost asset light start up operations and hired the Country Manager to steer through the challenging business environment on the ground. After reaching a certain milestone and having a slice of the business pie with some key accounts in the kitty, they became confident to move out & continue to grow. 
The subsidiary of a leading arc welding company, which is into plasma cutting wanted to enter India without making a substantial investment. At the same time they wanted to acquire key accounts in India and reach a certain level of business before going back to the Board for an investment approval. We set up two dedicated offices for them along with importing demo machines for the demo center. We continue to support them in an incubation format, which ensures maximum efficiency for their employees and enables them to focus on Sales. We are a one stop solution partner for their distribution, sales, demo, after sales service, logistics, maintaining finance accounts, importation and many other regular business needs. We engineered the success for a world leader in engineering components


An engineering components world leader from Germany wanted to explore local manufacturing in India to supply to the Commercial Vehicles industry. We did a location analysis and site selection with the local industrial development authority and set up their facility from grounds up to commissioning. This facility became a model facility in Asia and continues to get support from the Headquarters for the growth that it brings to them internally. We also hired the top 3 positions for them to run this manufacturing location including the General Manager, Finance Head & Sales Head.